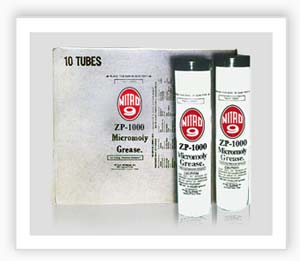 Some of the best answers for hostile conditions come through the findings when tests are conducted; the growth of film thickness as a function of load and time of a MoS2 containing grease, when plotted, shows that film thickness grows to 1.2 millionths of an inch and then stays constant.

Tests have noted that once the film reaches a thickness of 1.2, no further detectable wear occurs with running time.

Directions: Pump in Moly Grease until all old grease is forced out.